Hi everyone,
Yes I've been mising in action the past few weeks ... I've been having a bit of a difficult time as my dad was taken ill and had to go into hospital, so I had to take emergency leave from work and was away from home, my craft space and the internet!
Luckily he seems to have recovered well (touch wood!) but I've been pretty exhausted and on top of my mum passing away in the summer I just haven't felt like cardmaking or blogging at all!
However instead of cardmaking I have been keeping up a little with my new hobby of baking ... i guess you could say I've been taking a bake-ation! ... so here are a few pics of my recent efforts :-)
Firstly ... I went to a Hallowe'en birthday party two weeks ago ... and made these cute Hallowe'en black forest cupcakes (my first gluten free bake!) ...using a cute cupcake kit (cases, picks and sprinkles) from Hobbycraft. 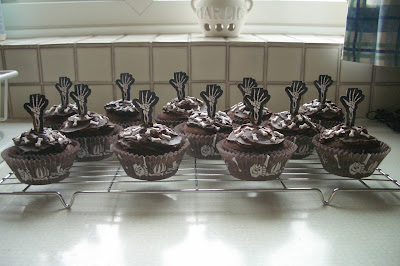 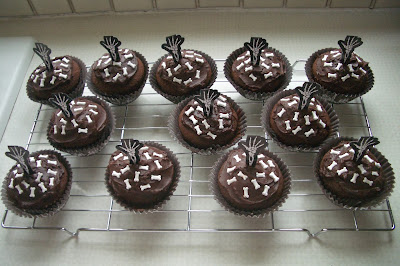 I also made my first ever full size cake ... a gluten free red velvet cake :-) 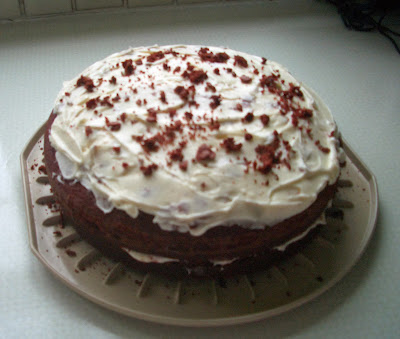 And here's a couple of pics of the girls enjoying ourselves at the party :-) 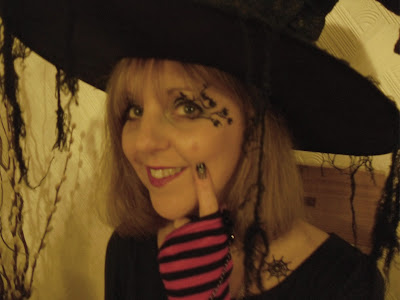 (Did I mention that it was fancy dress?? lol!) 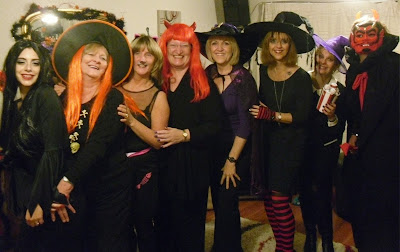 Yesterday we had a GBBO-style Bake Off in work for Children in Need, so I had a go at a chocolate whole-orange cake with orange cream cheese frosting! 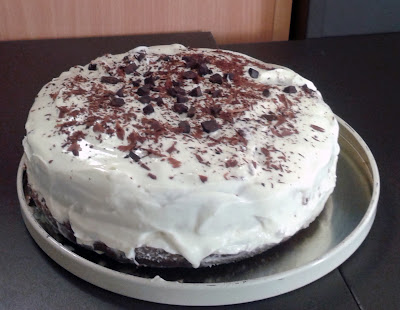 My effort came second, though alas there were only 3 entries!! However any placing was miraculous as I had a comedy gold mishap with the cake as I was leaving the house in the morning ... I had it stored in an inverted cake tin in the fridge, and as I left the kitchen the cold tin flew out of my hands, broke open and slid down the door and wall in the hallway before coming to rest with the cake partly on the upturned tin, partly on the lid and partly (just a teeny part!!) on the floor!! Orange cream cheese frosting all down the wallpaper, door frame and all over the carpet with a nice garnish of choc shavings and cake crumbs - you've never seen a mess like it!! Miraculously the cake hadn't landed upside down or broken, so somehow I managed to get my leftover icing from the freezer, pop it in the microwave for a minute and then re-ice the parts of the cake where the icing had smeared off!!
At the end of all the cleaning up trauma I took the cake in for judging, though I was honest enough to tell my colleagues about the mishap before they risked eating any!! No one was deterred and they all seemed to enjoy it! Thank God no one had a video camera or I would have ended up on "You've Been Framed"!
That's all for now ... hope to be back sometime soon with a card.
Hugs,

Pauline C
I love stamping and colouring, started cardmaking back in 2005 and this blog in 2008. I mostly took a break from 2013 for personal and work reasons, and returned to crafting in summer 2021 - so I'm now on an ongoing mission to resurrect my “passion for papercraft”!

All content including text, photographs and design work are © Pauline Carr. Feel free to share my creative ideas, but please do not copy them for commercial use or competition entries. Thank you for your support.